Private Institute for Climate Change Research, Guatemala. Rains and electric activity are forecasted for this week due to the atmospheric conditions and tropical waves crossing through Central America.

The east waves and the atmospheric instability in the Pacific will cause rains throughout this week. We are currently monitoring several east waves that have formed in the Atlantic. One of them is in front of the Honduran coasts and it is moving towards our national territory. These conditions allow humidity to enter the country, mainly in the Caribbean, North, and Transversal Belt regions, creating proper conditions for rain to occur. It is estimated that, due to the trajectory of the tropical waves, rains could intensify as of Wednesday because of the first wave, and during the weekend due to the second wave. 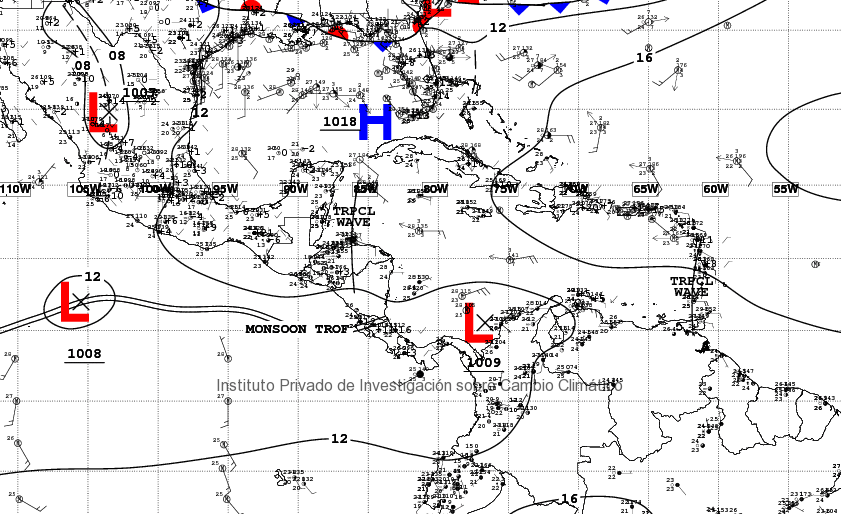 The atmospheric instability in the Pacific Ocean is mainly due to the Monsoon trough, related to the Intertropical Convergence Zone, which is approaching Guatemala and generating low atmospheric pressure systems.

These general conditions allow humidity to enter the country and generate rains throughout the weekend.