Guatemala, November 27th, 2017. In the framework of the 9th Conference of Legislators of the Central American Region called “Progress and Challenges of the Water Laws in Central America”, the case of the Roundtables for Water that have been established in seven rivers of Southern Guatemala was presented and socialized as a model of water management.

The Director of the Private Institute for Climate Change Research ICC, Alex Guerra, PhD, shared about the progress that has been recorded since the watershed’s committees have allowed to coordinate the users of waters in the rivers of Southern Guatemala, to rationally use water and thus, to guarantee access to water for the benefit of the communities and agriculture sectors, generating a positive impact at the social, environmental, and economic levels.

“The the Madre Vieja is one of the most outstanding cases, because it has achieved to integrate the agriculture and livestock sectors, local communities, and local authorities, allowing all users to have access to water, and most important, that we all work united towards recovering and conserving the watershed”.

Dr. Guerra highlighted that the main commitment of the Watershed Committees is to coordinate water users in the dry season, to avoid rivers to dry out, which implies to regulate irrigation and other use of water. Also, another commitment for the conservation of watersheds is reforesting, since this propitiates favorable conditions for hydric recharge, it also creates barriers to avoid erosion, and generates forests that become in the habitat of several species.

The regulation of water use is a pending task in Central America, that is why the congressman of the Commissions of Environment and Water Resources of the six countries of Central America attended the forum, hosted in Panama City, Panama on November 23rd., who will follow up on their local legislation to approve the required laws in their respective countries, based upon the experiences exchanged in this forum. 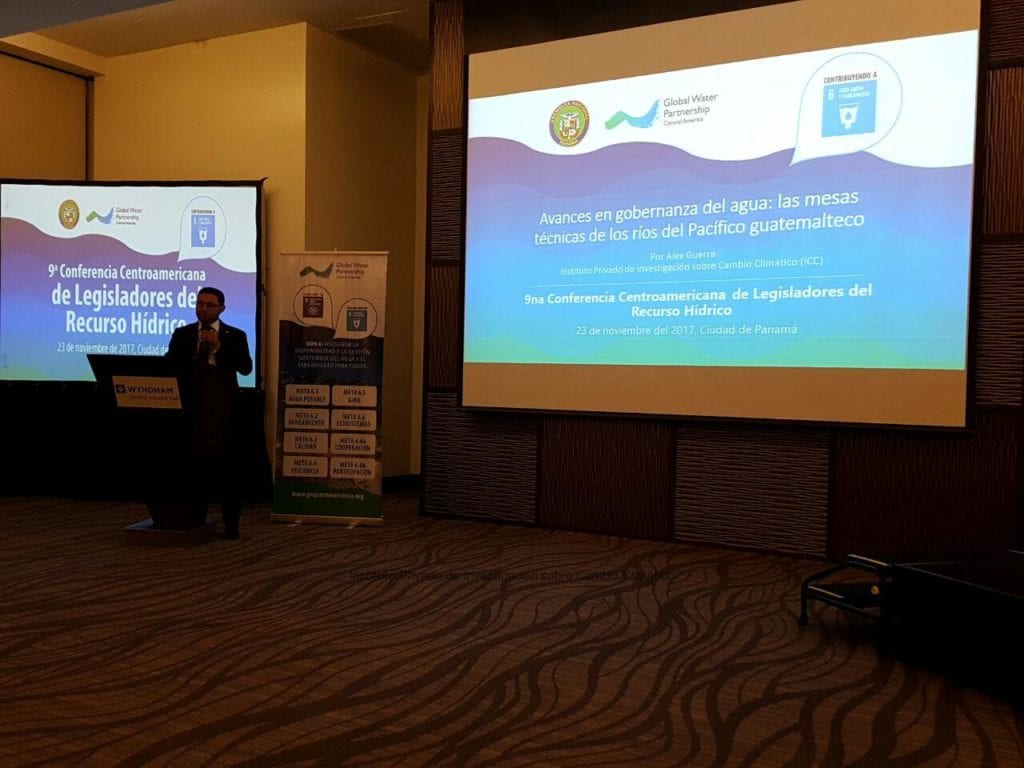 Alex Guerra, PhD, during his presentation in Panama City, Panama.