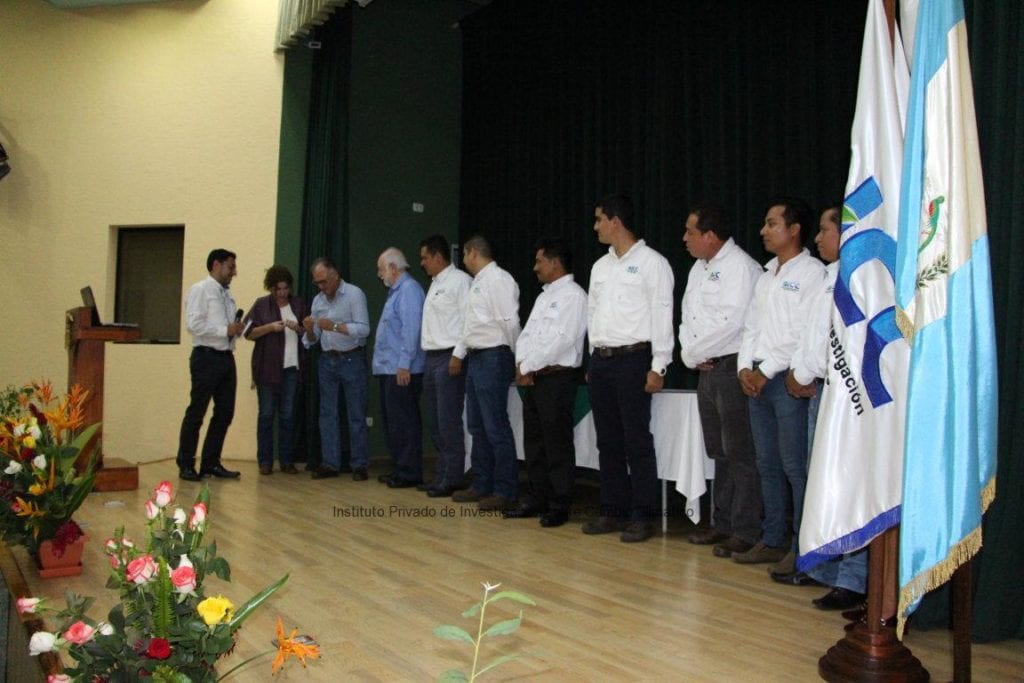 On July 27th, the ICC celebrated six years of foundation. During these six years, the ICC has contributed to the Guatemalan society in topics related to climate change. 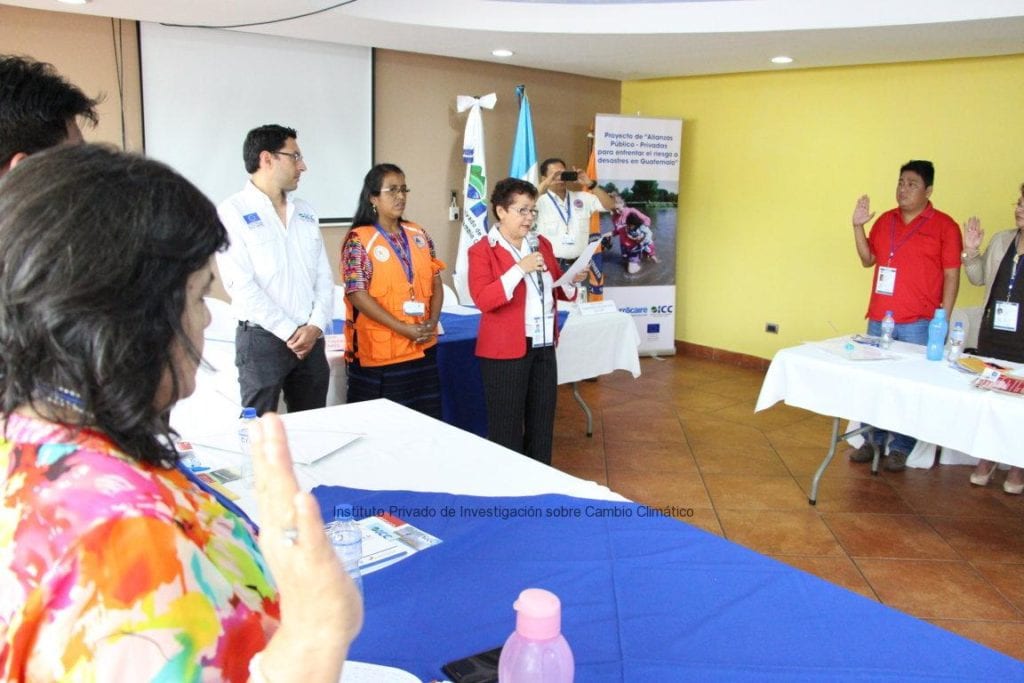 The CODRED of Escuintla was accredited by CONRED last November 28th. This activity is part of the project “Public and Private Alliances for Disaster Risk Management in Guatemala”, whereas the ICC took an important role to integrate the key actors (social, private and public) that integrate the CODRED. 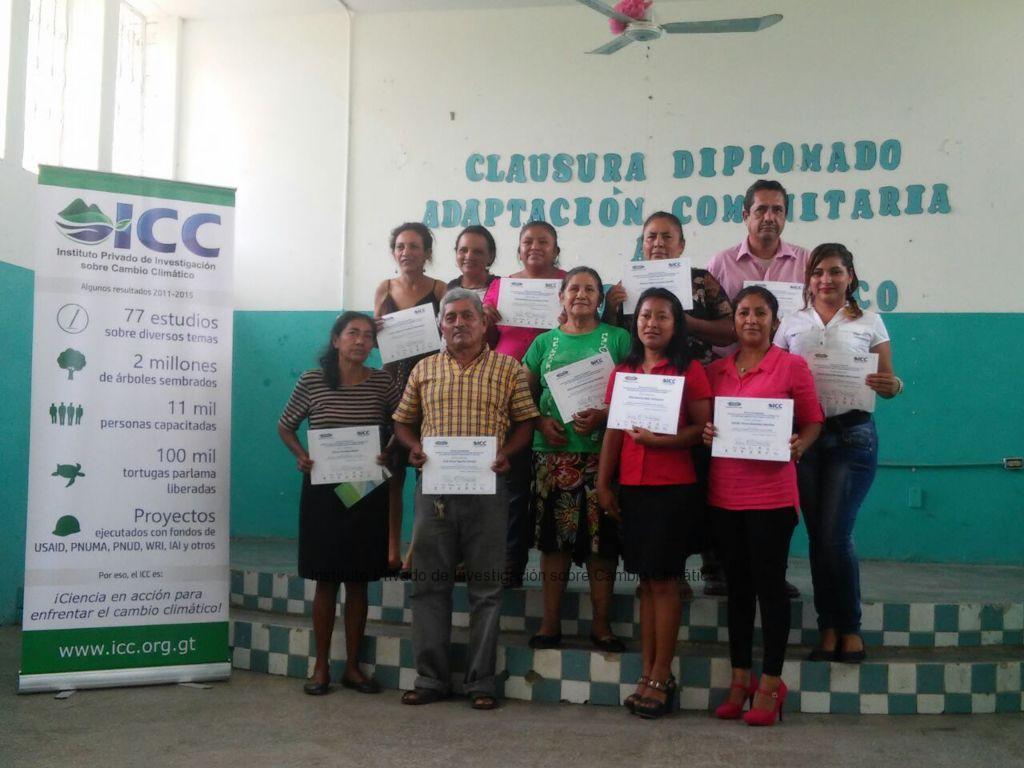 This year, 5 groups completed the Community Adaptation to Climate Change Training. Closing ceremonies were hosted in November and December.

The 4th of July, the workshop “Scenarios of Flood Risk in Urban Areas and Elaboration of Technical Reports” started in Port of San Jose, where several key actors from Escuintla improved their knowledge in climate change and floods. The workshop was led by Juan Carlos Mora, specialist, geophysics, professor and researcher at the Universidad Nacional Autonoma de Mexico –UNAM-. 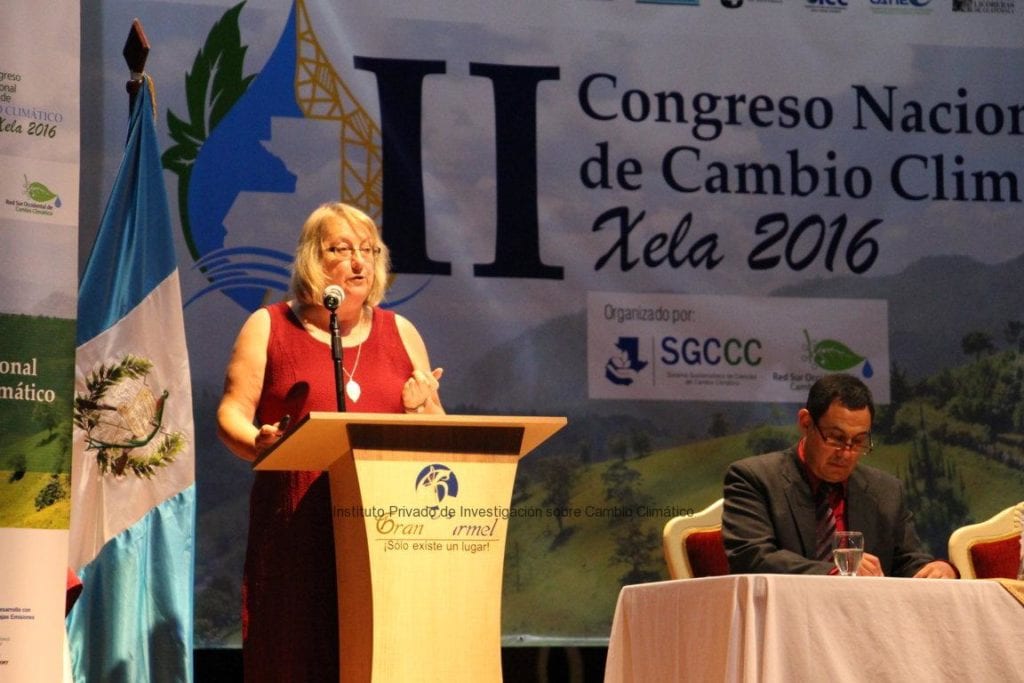 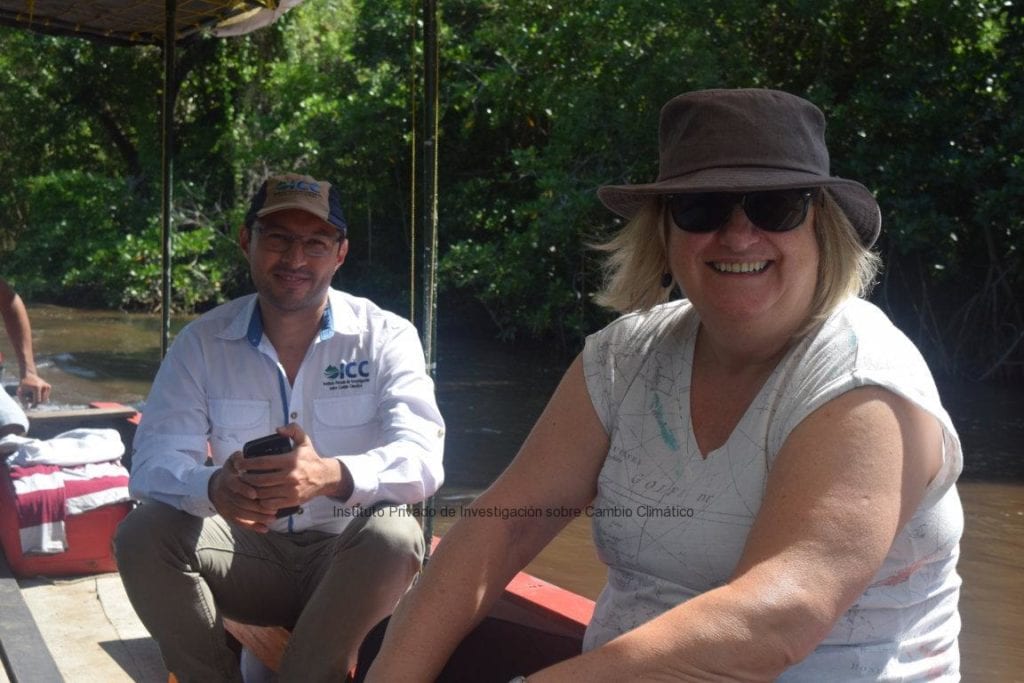 By the end of September, Diana Liverman, PhD, visited the ICC to become familiar with the actions related to climate change that are promoted by the institute. 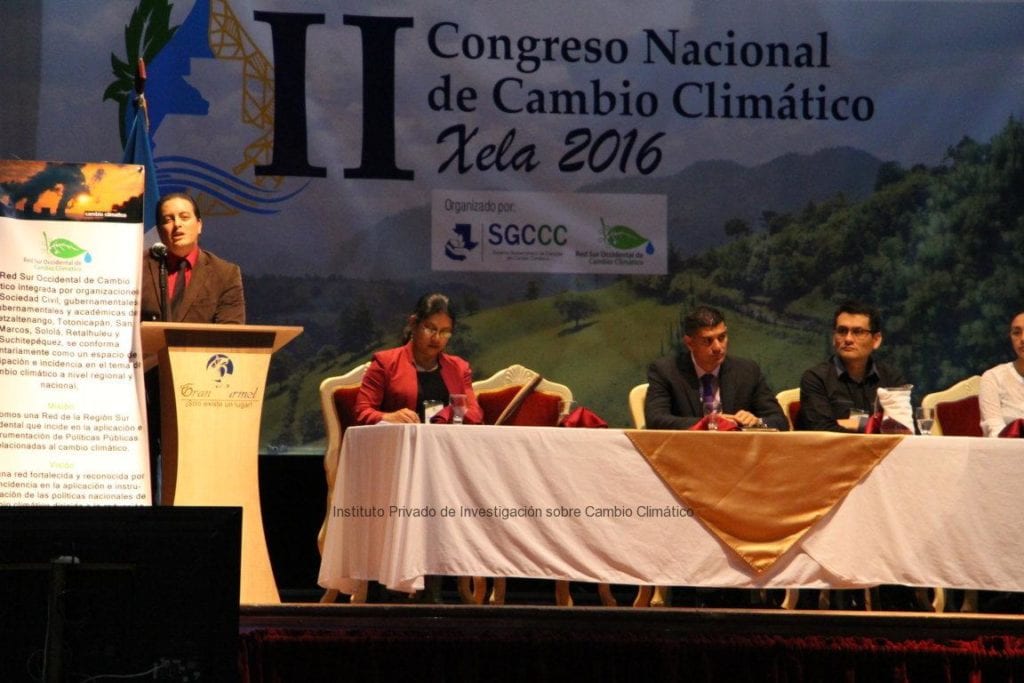 Some colleagues of the ICC participated in the II National Congress of Climate Change, organized in Quetzaltenango, where they shared the results of the investigations performed by the institute. 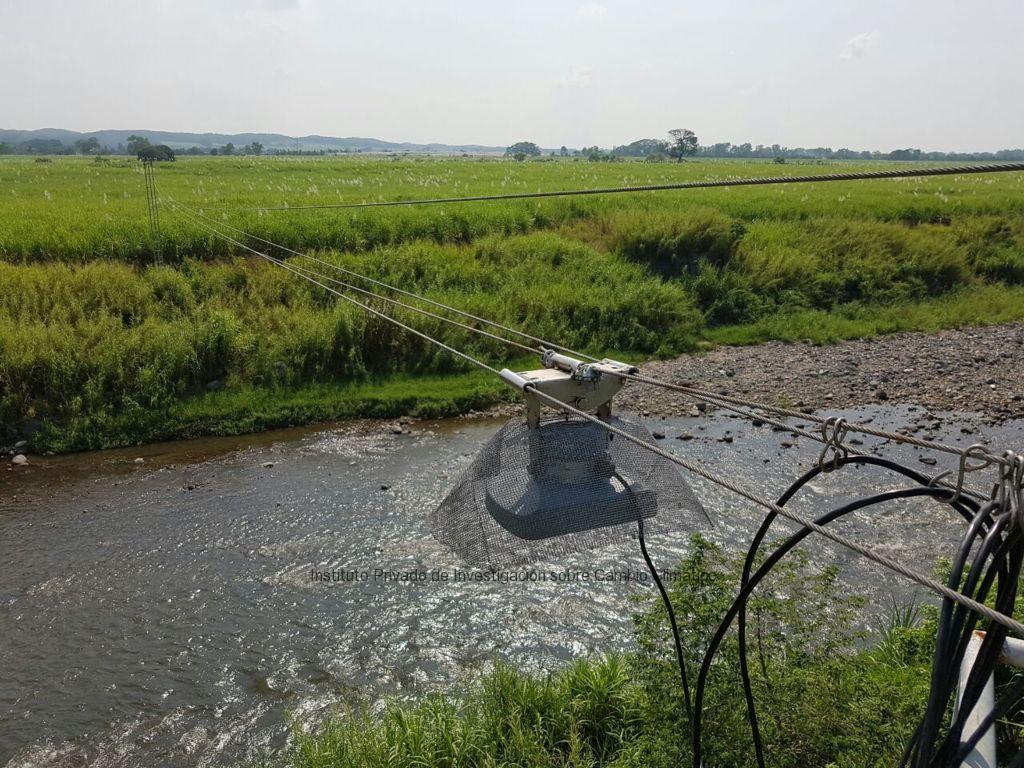 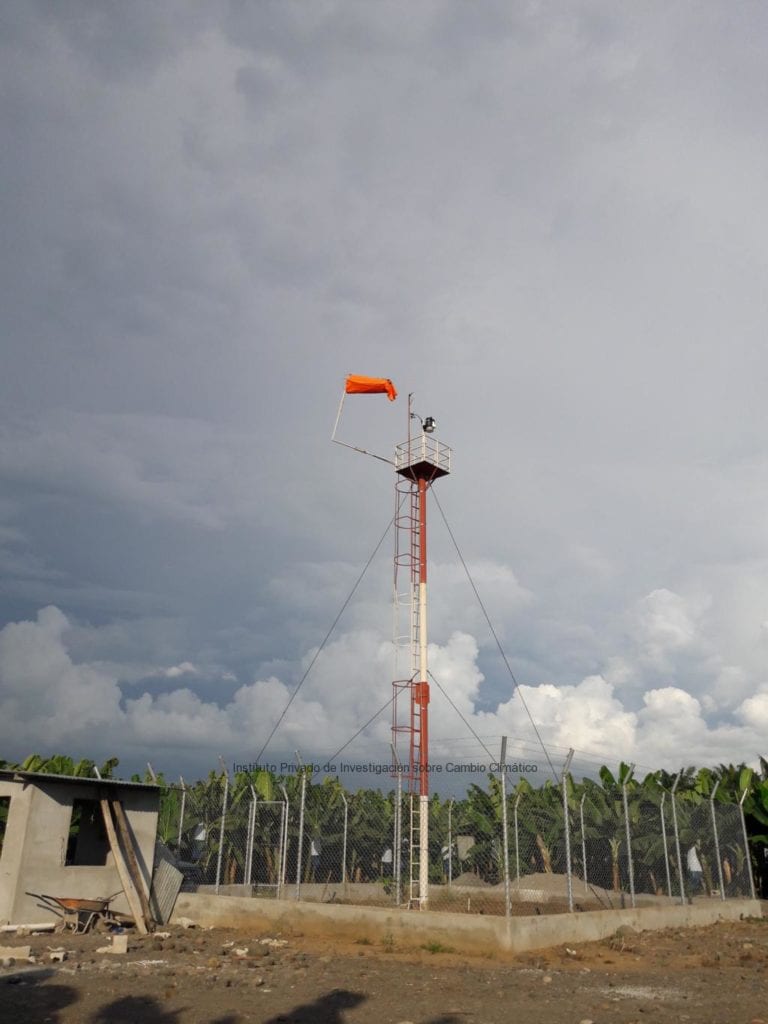 The Alamo Weather Station, located in San Marcos, became the youngest of the ICC, when it started its operations in November. Alamo is the 25th station of the ICC. 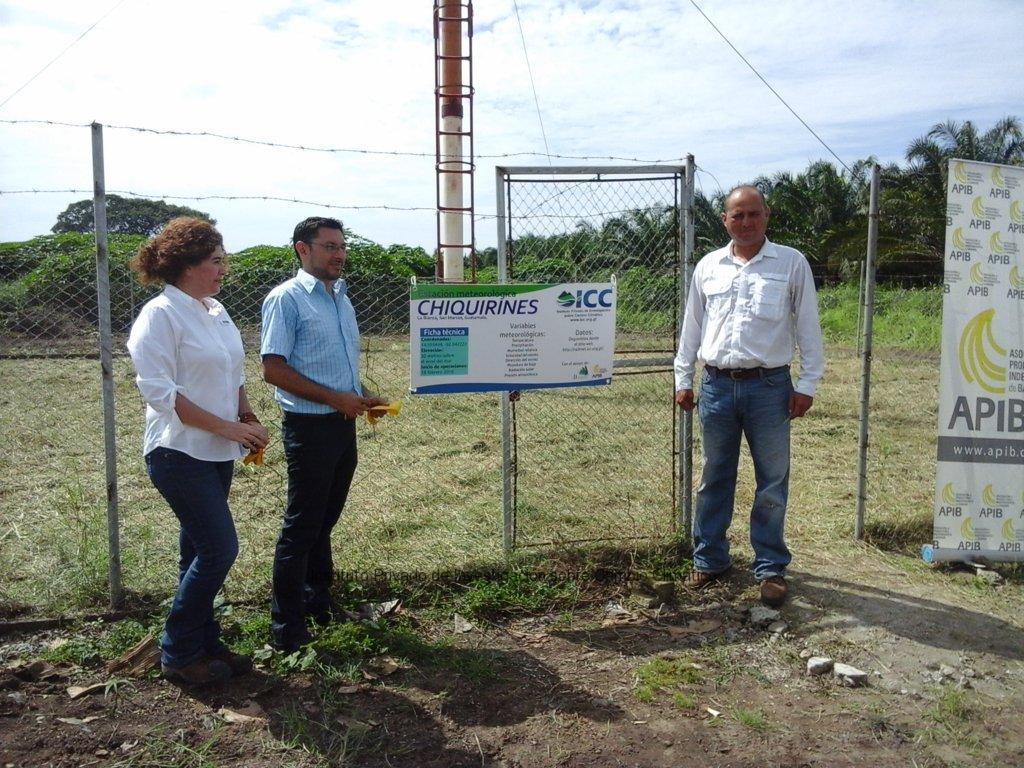 On February 5th, the Chiquirines Weather Station started operations in San Marcos. Back then, Chiquirines was the 23rd station of the ICC. 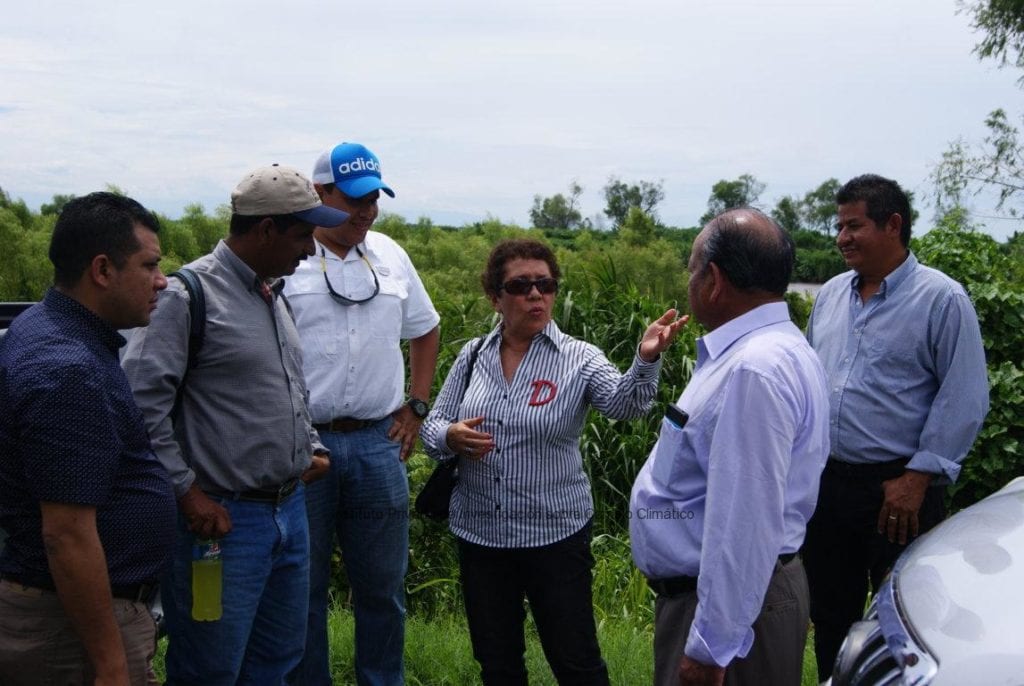 July 25th, 2016. The governors of Chimaltenango, Sacatepequez, and Escuintla became familiar with the experiences and actions that are promoted by the ICC for an integrated management of the Coyolate basin. The visit started in Acatenango, visited the Coyolate River in Canoguitas, Nueva Concepción and finished at the ICC. 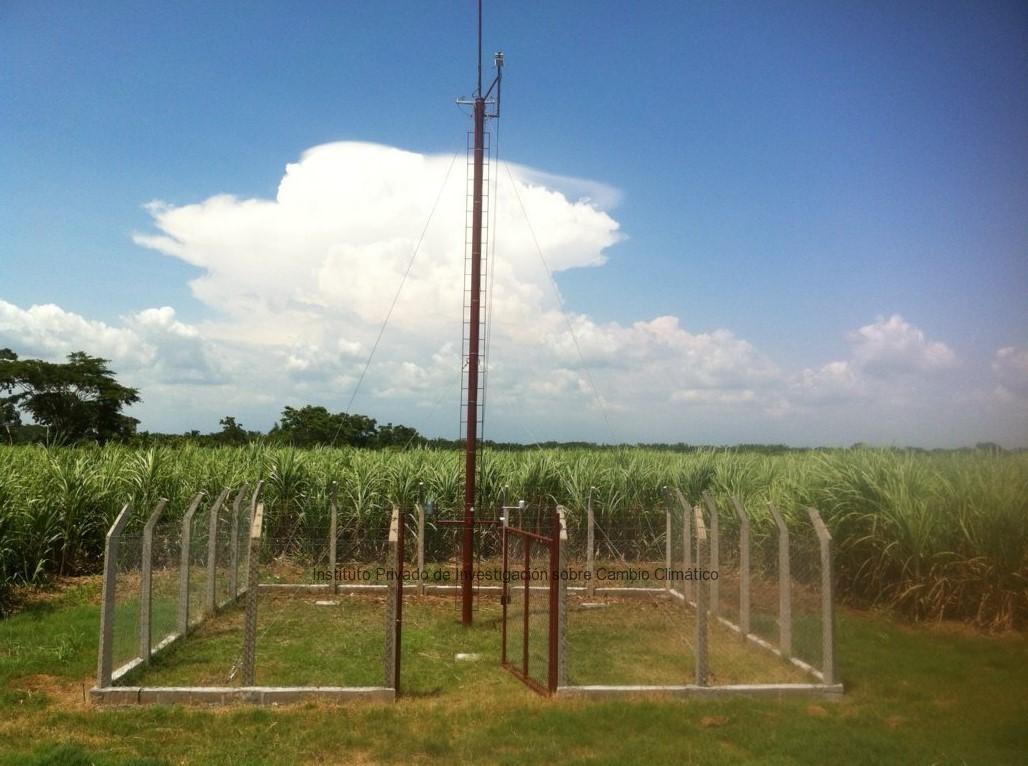 The Providencia Weather Station, located in Champerico, Retalhuleu, started operations on August 26th, Friday. Back then, the ICC had 24 automatic weather stations. 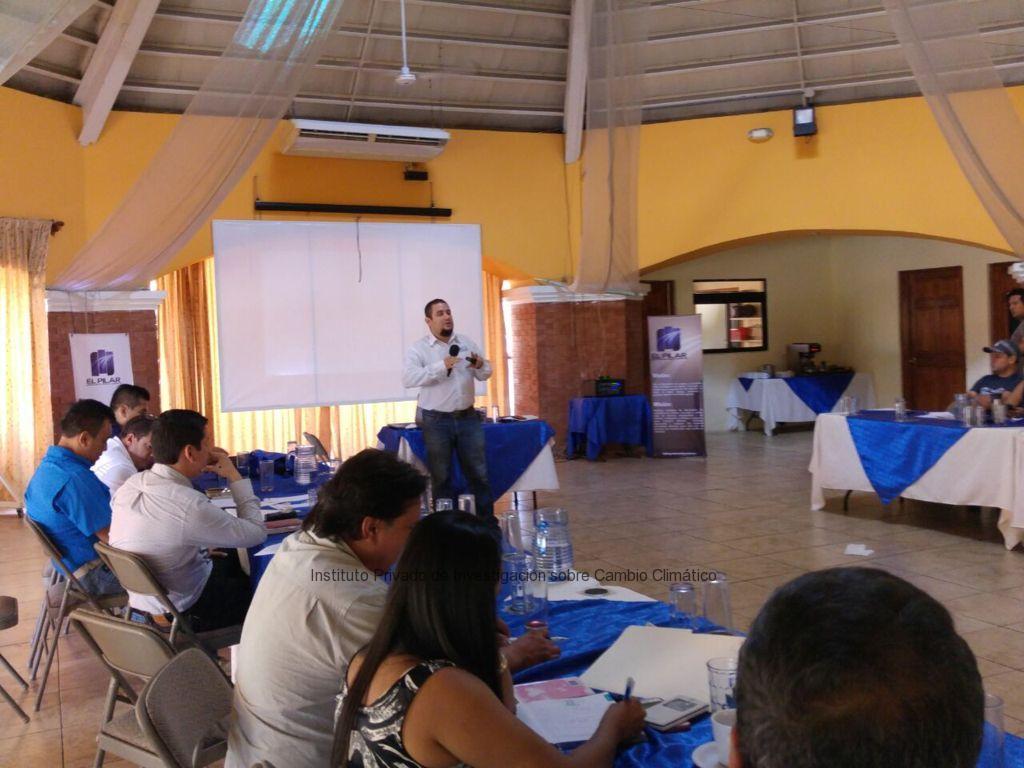 By the middle of April, the ICC started the project “Public and Private Alliances for Disaster Risk Management in Guatemala”, which aims to improve the answer capacity against disasters. 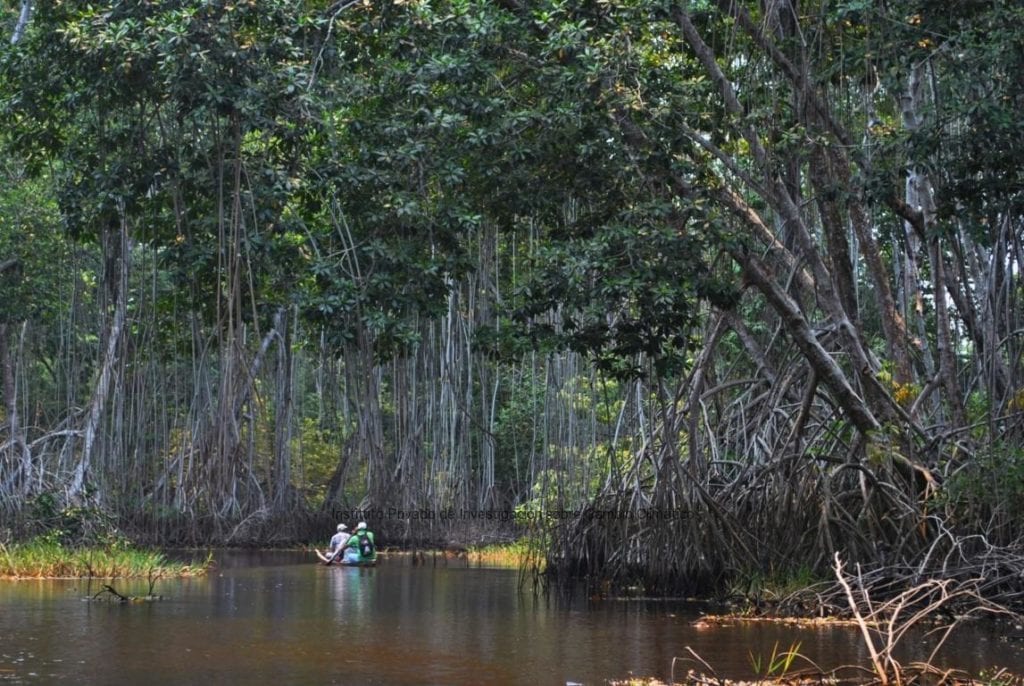 The 24th of February, the ICC started with the project “Elaboration of a Technical Study, Law Initiative, RAMSAR Information Sheet, and Master plan for the Marine-Coastal Conservation Area Sipacate Naranjo”, which aims to provide tools to properly manage the Sipacate Naranjo conservation area. 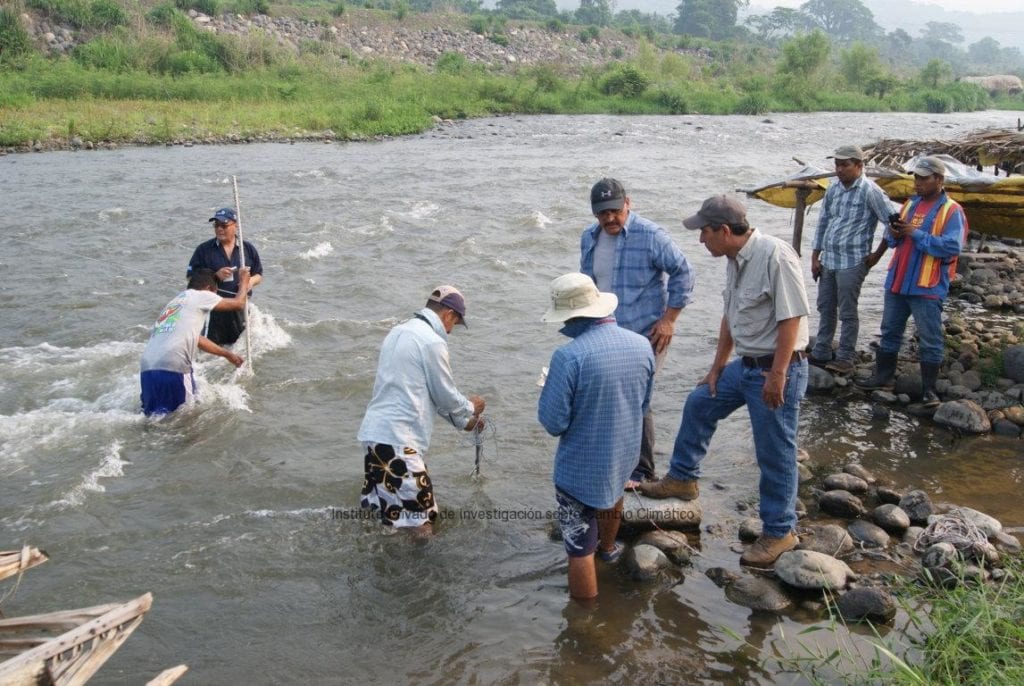 Between February and March, a severe drought affected Southern Guatemala. The ICC took an important role promoting rational use of water through information, analysis, and technical advisory to the users of the watersheds. 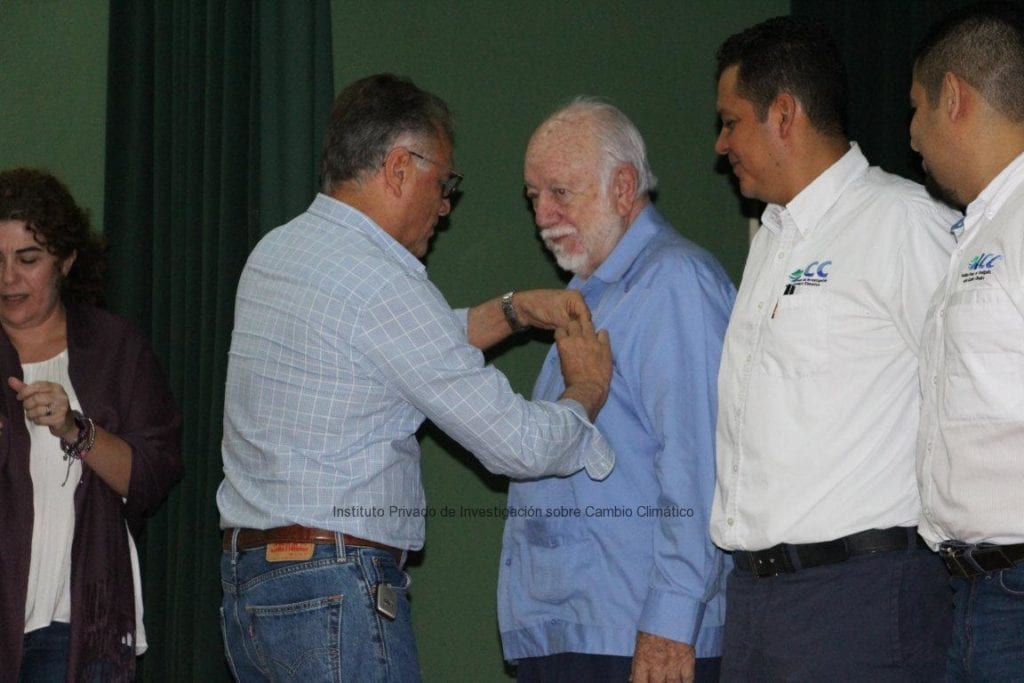 On September 2nd, the ICC celebrated its 6th anniversary. The ceremony highlighted the main actions of the ICC. Also, recognitions were given to the personnel that have been in the ICC for 5 years. 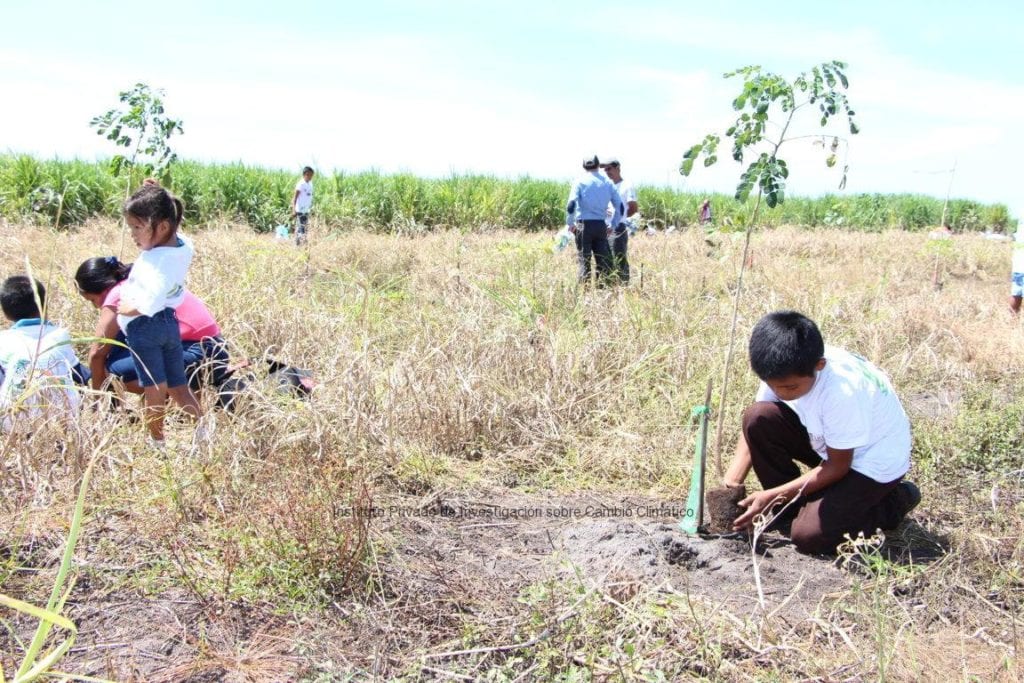 The ICC planted 650k trees this 2016, reaching the goal that was settled up at the beginning of the year.

2016 has been a fantastic year for the ICC. It has been full of experiences and sucessful stories for the ICC.

Today, we share with you some of those moments; a list of experiences along photographs. This is how we say goodbye to this year. 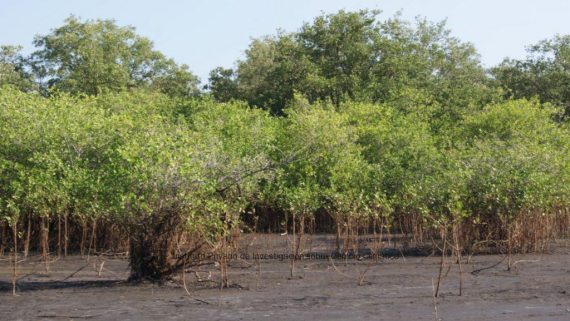 Plan to enrich and monitor the mangrove forest, Mazatenango, Suchitepequez.

Drinking water for rural communities and schools based on rainwater storage. A contribution from the technological park of Santa Lucia Cotzumalguapa. 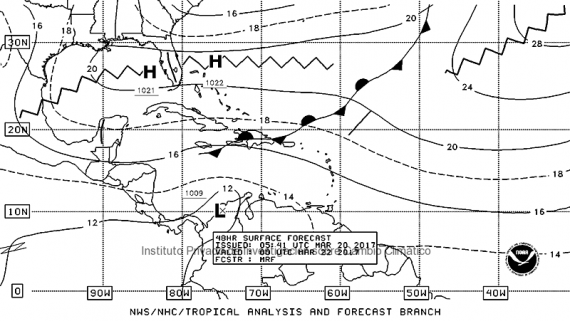 Acceleration of the cold north wind will decrease during the week 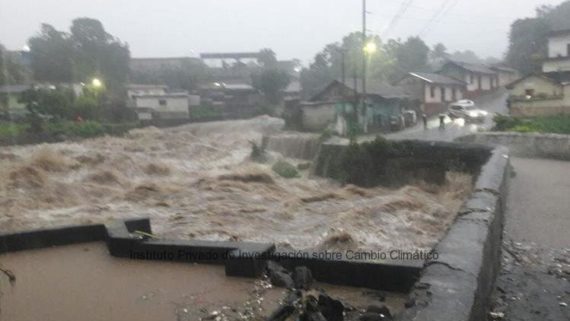 Adaptation to climate change through strengthening livelihood associated to mangrove ecosystems and cloud forest in the Pacific Slope of Guatemala.

Hot days will continue through the week