The hydrometric station was installed on March 30th near the mouth of the Achiguate River. These actions are part of the project called “Use of sensors and monitoring services to increase water control”, financed by the Research Foundation in coordination with the ICC, Action Against Hunger Spain – Guatemala and sugar mills in the area.

The sensors and equipment of the fifth hydrometric station called “El Rosario” were purchased with a donation from the Research Foundation- France with a counterpart for the infrastructure from sugar mills.

The data generated by the hydrometric station will serve to estimate flows and thus promote the rational use of water during the dry season; it will also record the flooding of the river during the rainy season. 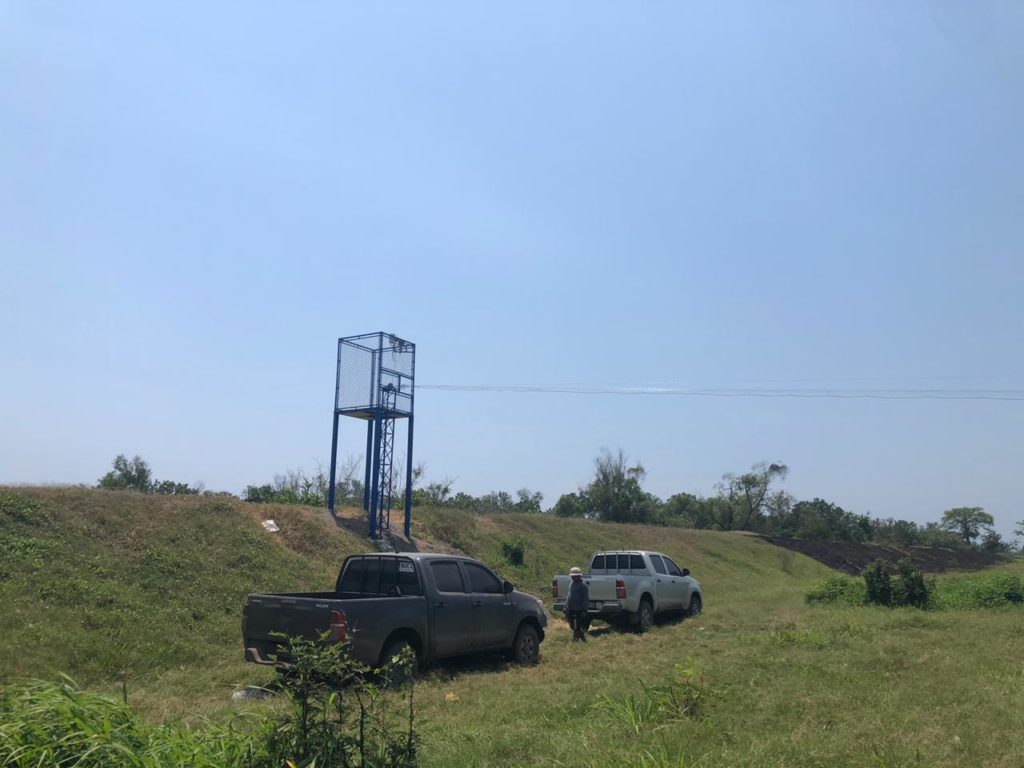 El Rosario hydrometric station will allow ICC experts to remotely monitor the water level near the mouth of the Achiguate River in real time. It will also serve to update hydraulic models developed by the ICC.