Private Institute for Climate Change Research, Guatemala. A cold front is expected to influence Guatemala throughout this week, generating rains and wind acceleration in the country.

The frontal system is moving towards the Yucatan peninsula, allowing winds to accelerate from calm to moderate during the week, and allowing light rains in the national territory. 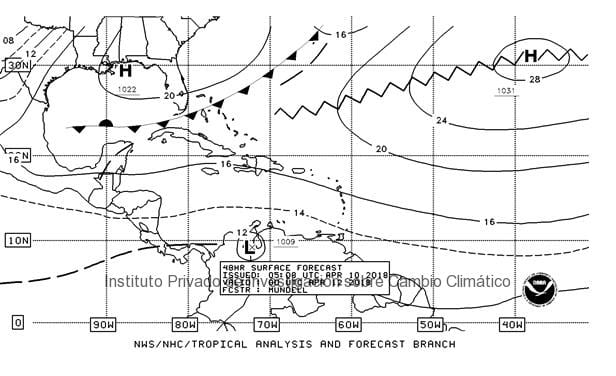 The NOAA’S GFS model shows the cold front (lines with triangles) associated with a high pressure system that will place itself in the coasts of Florida, United States, generating a trough at the north east of Guatemala, generating light rains and wind acceleration. Source: NOAA, 2018.