Private Institute for Climate Change Research, Guatemala. Based on the information registered by the ICC’s Weather Station Network, the rains that determine whether the rainy season has begun, as well as the conditions required to determine that the rainy season has officially started have been registered almost in the entire southern region. The rain accumulated has been more than 50 millimeters (mm) in a 15 day period. This amount is the required minimum to declare the beginning of the rainy season.

Areas where the rainy season has begun: 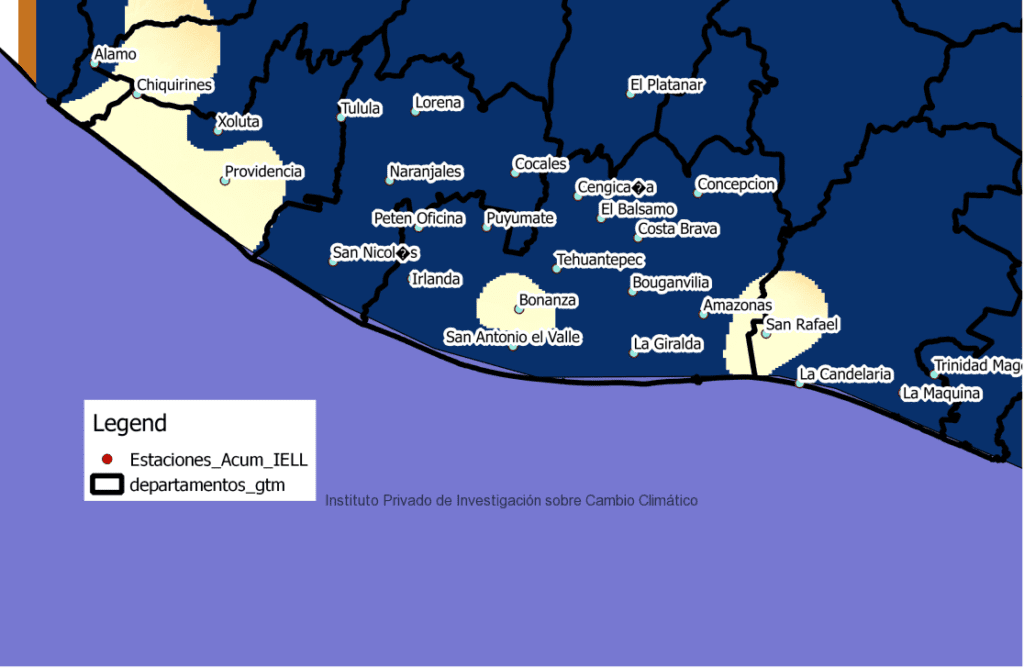 The forecast for the beginning of the rainy season for 2018 indicates that this year is a Nina year, in relation to El Nino Phenomenon, and under transition to neutral conditions, thus it has good possibilities to have plentiful rains in May, June, and parts of July. The meteorological systems of the recent weeks such as the interaction between high and low pressures have been the main factor in producing rains. Also, it is expected that tropical waves occur normally in the Atlantic and Caribbean oceans.