Private Institute for Climate Change Research, Guatemala. June 5th, 2018. Just before noon of June 3rd, 2018, the volcano produced an eruption that spewed ash to the sky. A mix of ash, rocks, and hot gasses slipped down the hills and cliffs and down the rivers aside the volcano. Since those pyroclastic flows often move at speeds faster than 50mph, they easily demolish trees and houses. News agencies have reported that more than 66 people have died. As a cautionary measure, several people have been evacuated.

The infrared visible images (VIIRS) shows in brown all of those ashes that technically drilled through the cover of clouds at around 1 pm of the 3rd of June, 2018. 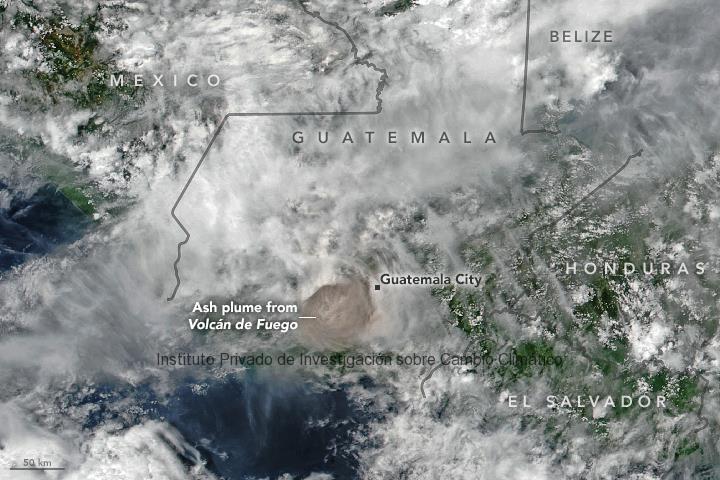 Winds blew the plume of ash towards the east. The eruption spewed ash in several surrounding communities to the volcano, including Guatemala City, located 45 miles to the east. 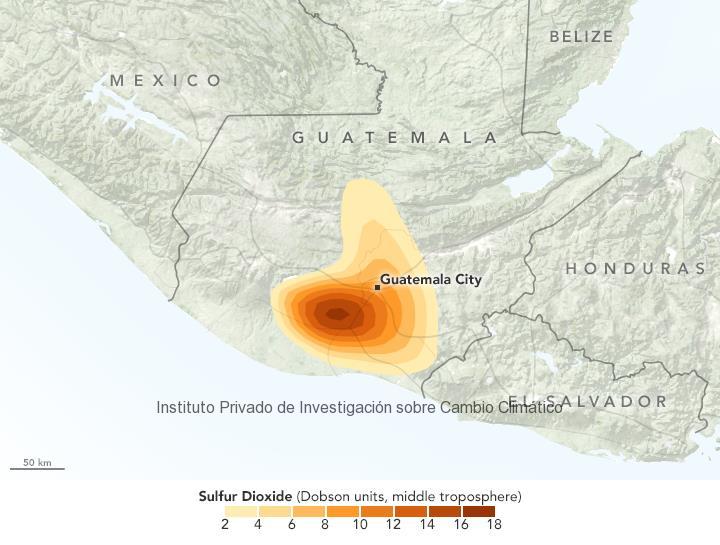 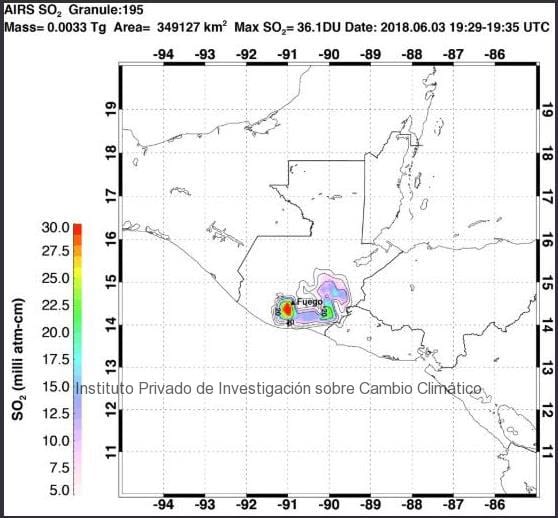 Beside ash, the plume contains invisible-to-the-eye gas components, including sulfur dioxide (SO2). Gas can hazard human health, irritating nose and throat when inhaled, and reacts with water vapor to produce acid rain. Sulfur dioxide can also react in the atmosphere to create aerosol particles that can contribute to produce fog, and sometimes, cold the weather.