February 1st, 2018. The Climate and Hydrology Research Program of the ICC reports about the activity of the Fuego Volcano; and as INSIVUMEH has reported in the last minutes, pyroclastic materials are descending through the following cliffs: Seca (Santa Teresa), Trinidad, and Las Lajas, as well as small pyroclastic materials through the La Barranca Honda cliff. Explosions with columns of ash that reach up to 6,500 meters above sea level (21,325 feet), moving along 40 kilometers to the west, south west and north east of the volcano, causing ash to call above the communities Santa Sofia, Morelia, El Porvenir, Farms Palo Verde, Sangre de Cristo, San Pedro Yepocapa, Panimache I y II, Alotenango, Ciudad Vieja, and Antigua Guatemala.

The eruptive behavior continues with moderate and strong sounds that are similar to the engine of a train, moderate and strong consistent rumbling that are sensible in the surroundings to the volcano. There are still possibilities that pyroclastic flows will be produced, thus is it not convenient to remain/stay inside or around the main cliffs. It is strongly advised to take the cautionary measures due to the falling ashes, mainly in the west, south east and north west of the volcano. 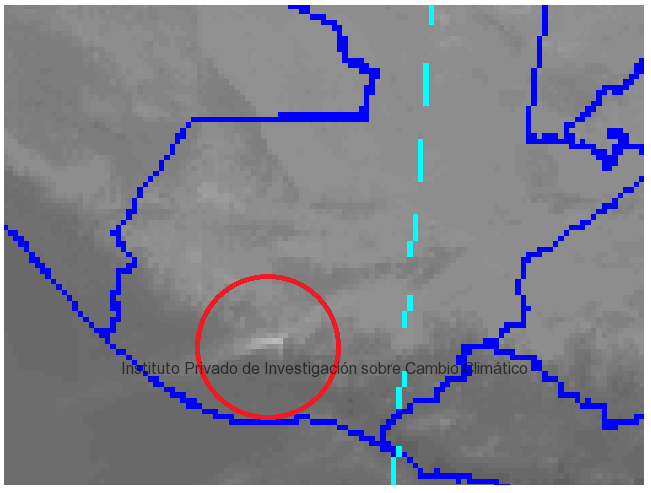 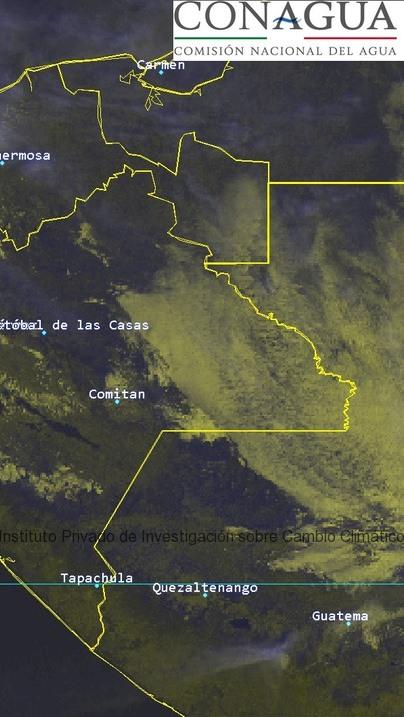 The satellite image provided by CONAGUA shows the eruption in southern Guatemala.