Nine years ago, the Private Institute for Climate Change Research (ICC) was founded for the purpose of being a leading private institute in research of and project development for climate change adaptation and mitigation within communities and productive systems in the Mesoamerican region. Throughout the past years, the ICC has completed research and adaptation and mitigation projects and activities in Guatemala, and recently began operations in El Salvador.

As part of the celebration for the ICC’s ninth anniversary, an official ceremony was held Thursday, August 1st, 2019. The ceremony was attended by representatives from a number of government institutions, private initiatives, and associations, as well as members of civil society. During the ceremony, representatives from the National Forestry Institute (Instituto Nacional de Bosques, INAB) presented the “Map of Forest Coverage in Guatemala in 2016.” 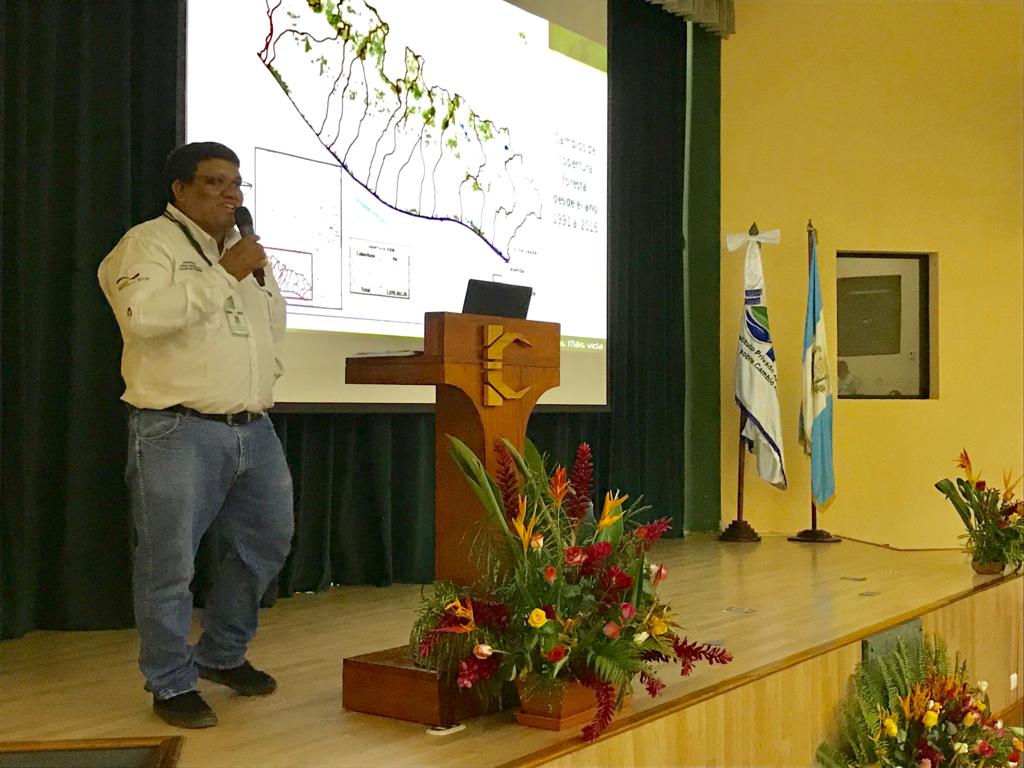 The ICC’s general director, Alex Guerra, PhD., presented a summary of the activities and achievements that the ICC has accomplished in coordination with the private sector and with public entities. In addition, director of operations Luis Reyes recognized Carlos Rodriguez, a researcher in the Sustainability of Productive Systems program, and Oscar Morales, a specialist in the Integrated Watershed Management program, with pins for their five years of service to the ICC. 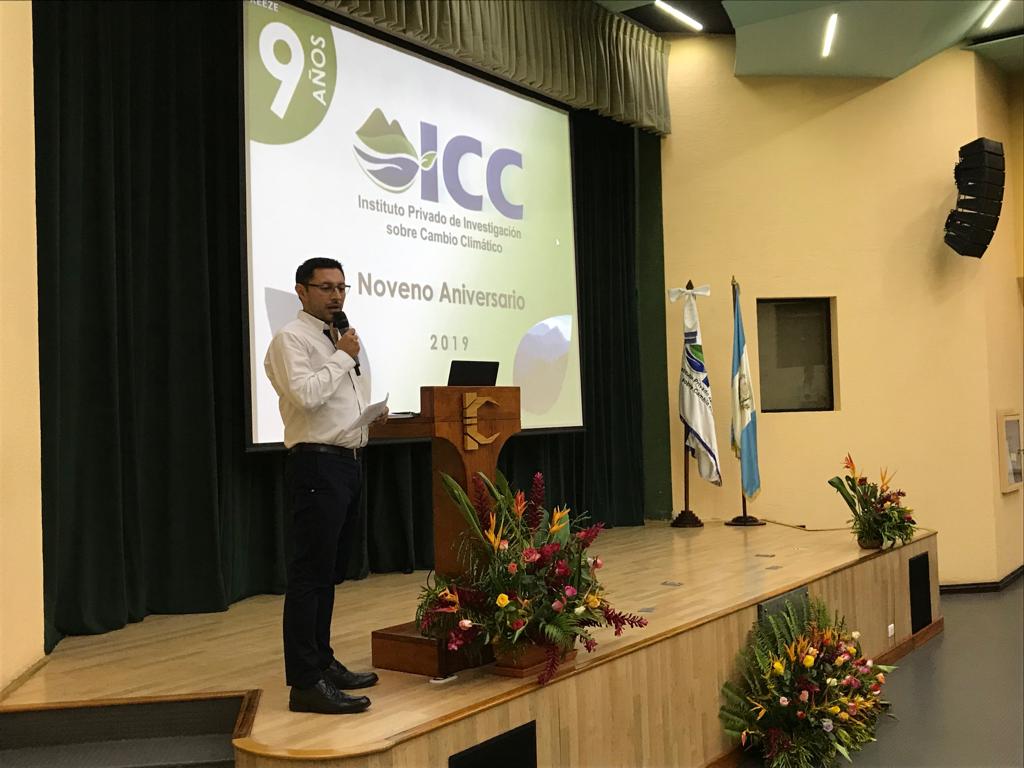 Alex Guerra, PhD., acknowledged his appreciation for the support of distinct sectors with which the ICC has developed projects. 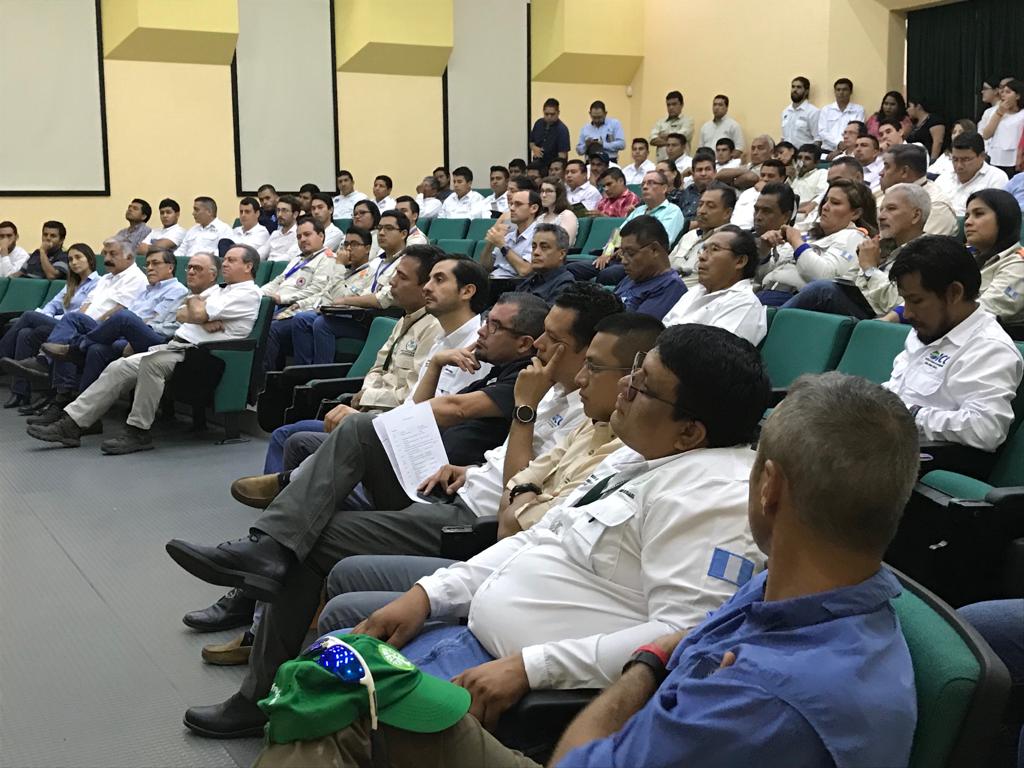 Various leaders gathered to celebrate the ninth anniversary of the ICC.

The ICC continues working arduously toward its mission to create and promote scientifically based actions and processes that facilitate climate change adaptation and mitigation in the region.

Thank you to all the actors that have trusted in and relied on the ICC’s work over the past nine years! 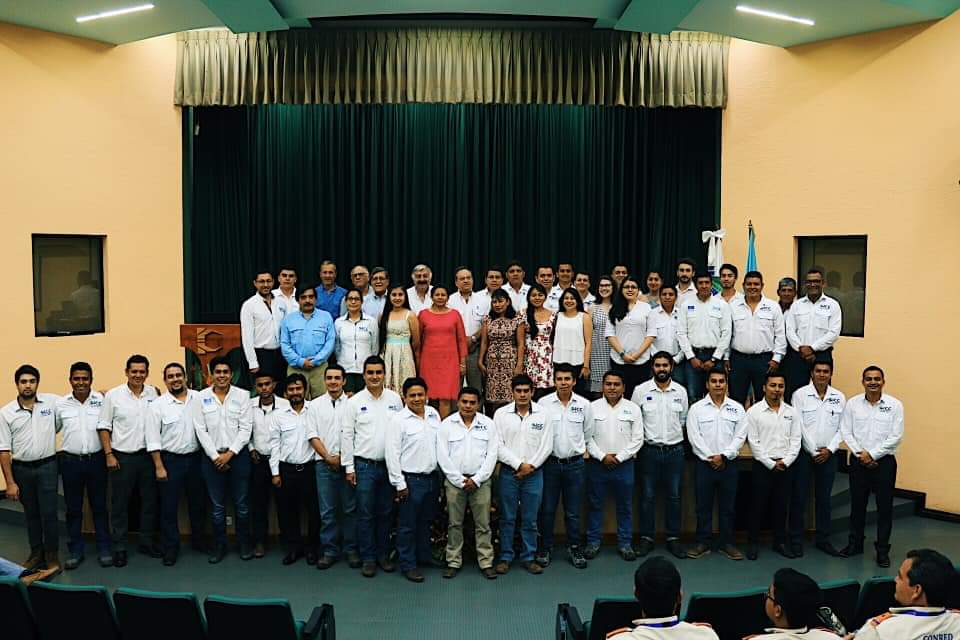