Climate change is a global phenomenon that has taken global relevance in news, politics, and world’s industry.

As the IPCC states (2014), the human influence in the global climate system is evident. Undoubtedly, current climate change is connected to human activity in the planet. Although climate has always changed, especially when it moved from ice ages to tropical conditions, this had been in a slow manner and for long periods of time (thousands or millions of years).

There was an event that modified the rate that climate changed and it was the industrial revolution. Later on, the same economic and geographical growth magnified the change. Between 1820 and 1840, humans began to industrialize the production processes based on fossil fuels, and this transformation increased the greenhouse gasses emissions, such as carbon dioxide, and nitrous oxide. Excessive emissions misbalanced the amount of greenhouse gasses that the planet can naturally fixate, contributing with those gasses into the atmosphere.

The greenhouse gasses accumulated in the atmosphere caused solar radiation to remain longer inside the atmosphere, which began to raise the global temperature. As the IPCC reports (2014), the average temperature of both land and ocean surfaces combined has risen 0.85°C since 1880, even though two thirds of those 0.85°C have occurred after 1975.

These gasses are generated in several daily activities such as using public transportation powered by petrol fuels (car, bus, or airplanes), agriculture, livestock, electricity generation from bunker, burning firewood, forest fires, industry that uses energy based from oil products, among others.

It is important to mention that greenhouse gasses are generated all across the world, and that are mostly produced by industrialized countries such as the United States and China, both are the main emitters. Guatemala has emission that are about 0.06% of the world, therefore, the emissions as a country are very low, however, the agreements and commitments that the country has signed motivate reducing the emissions of greenhouse gasses.

Humankind is mostly responsible for the greenhouse gasses emissions. We participate in several activities that produce such gasses, whether directly performing the activity or by using a product or service that emits or emitted gasses during its production process. Thus it is our responsibility to actively participate in climate change mitigation, as well as to adapt ourselves to its possible effects.

Some of the actions to mitigate climate change are: reducing activities that generate gasses such as: riding a bicycle instead of car or public transportation, planting trees, protecting existing trees and forests, reusinng products, and to avoid disposable products.

The main threats that Guatemala faces against climate change are droughts and floods (caused by extreme rains). Scenarios indicate that some phenomena could be stronger and occur more often in the short term. That’s why we should adapt to climate change and that implies knowing the vulnerabilities and threats of our communities, as well as to take preventive actions to avoid disasters. 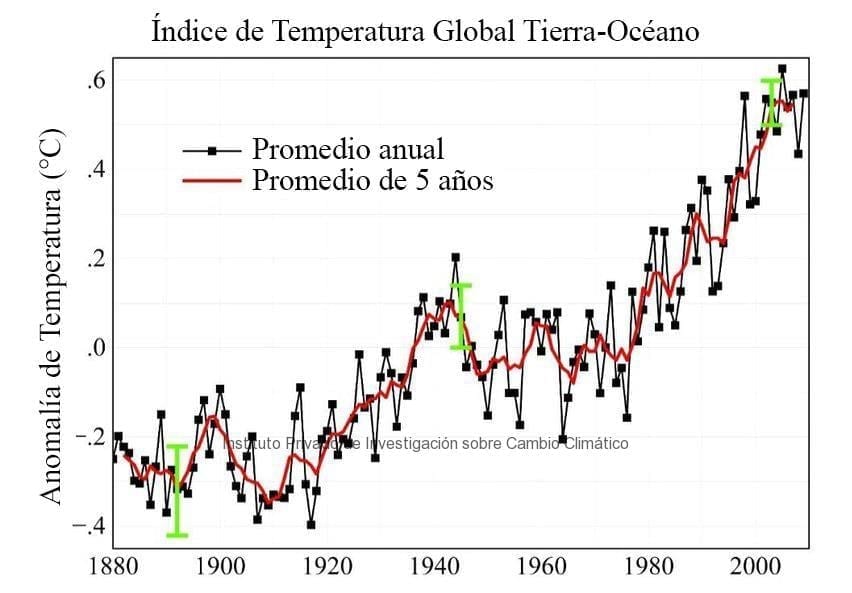 Countries that generate greenhouse gasses emissions in the world. Guatemala is in the 88th position of 220 countries evaluated. China is in the top of the list; United States is in the second place. Source: Global Carbon Atlas.