Private Institute for Climate Change Research, Guatemala. Due to a new high pressure system, it is forecasted that moderate to strong north wind will affect the country, alongside cloudy skies, light drizzles, and rains in the north and central regions of the country.

For the central regions, the forecast includes cloudy skies, possible light drizzles, as well as cold in the nights and early mornings. Moderate to strong winds that can decrease as of Thursday. Maximum temperatures for Guatemala City from 24.0 ºC to 26.0 ºC, central and western highlands, form 22.0 °C to 25.0 ºC. Minimum temperatures for Guatemala City 11°C to 13°C, western highlands from 3.0°C to 5.0°C.

For the Pacific, the forecast includes clear skies in the morning, mist throughout the day, clouds in the afternoon and chances of rain through the south west. Light south east wind. Maximum temperatures from 33.0ºC to 35.0 ºC, minimum between 17°C and 19°C. 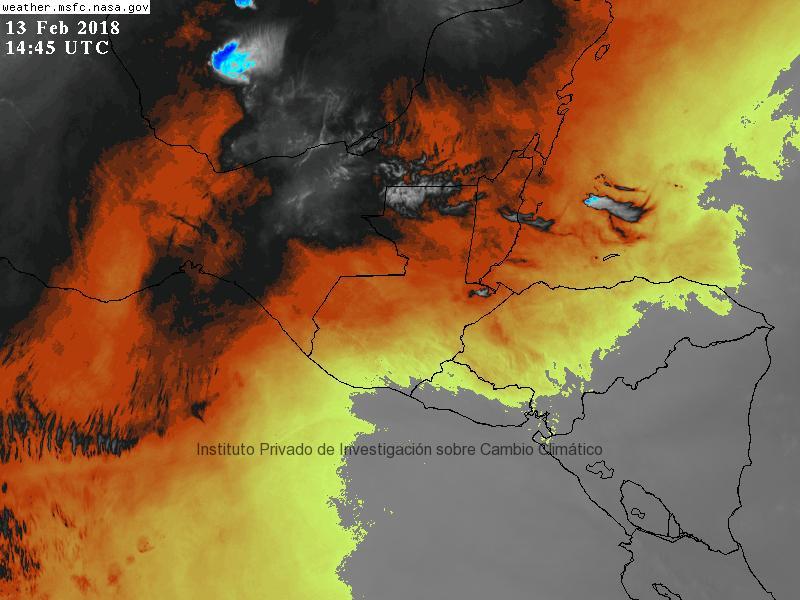 The satellite image shows in brown that there is little humidity in the upper atmosphere of the country, but the influence of a high pressure system allows the humidity in north of the country to get closer and to generate some scattered rains. Some hail is not discarded.