As part of the celebration of the World Soil Day (December 5th), ICC joined the Guatemalan Alliance for Soil Management (Alianza Guatemalteca por el Manejo de los Suelos), which seeks to unite efforts and create synergies for the conservation and sustainable management of soils in the country.

In some areas of Guatemala, the losses of soil due to degradation and erosion exceed 1,200 tons per hectare per year. At the national level it is estimated that every year 149 million of tons of fertile soil are lost, this represents a monetary value of about Q. 66,000 million (approximately US$8,500 million). The loss of fertile soil affects mainly agricultural production of small scale farmers, who are estimated to be around 800,000 in the country. Agriculture in Guatemala represents 14% of national GDP.

The Guatemalan Alliance for Soil Management is an initiative based on the context of the Global Soil Alliance, with two initial concerns: a) the continuous deterioration of the soil without significant efforts being made to counteract its loss and; b) the need to unite ideas, efforts and resources from various institutions and organizations to achieve a significant impact to reduce its deterioration and the complementary challenges it requires. 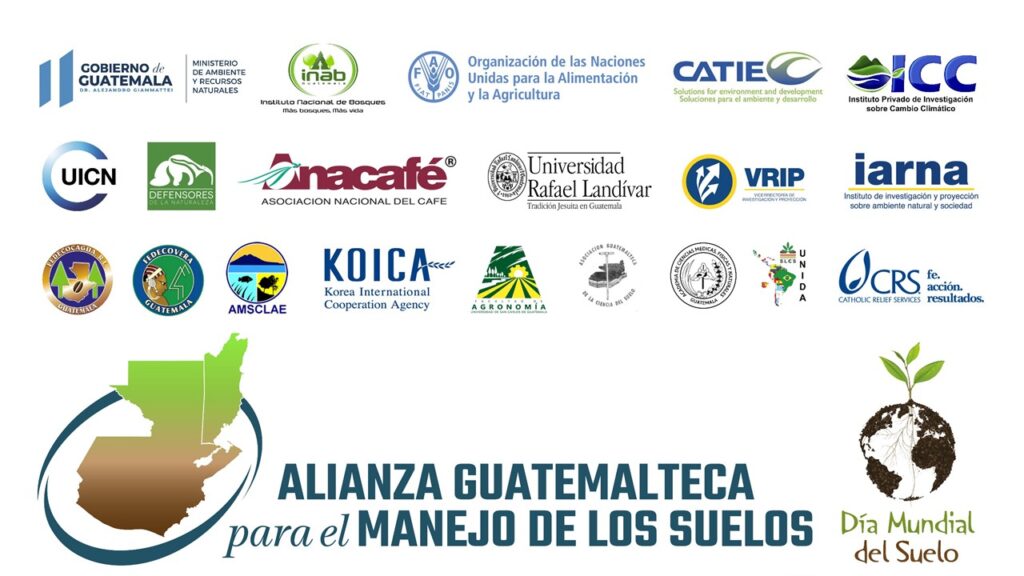 The members of the Guatemalan Alliance for Soil Management hope that this will be a dynamic space, open for other stakeholders who want to join and complement efforts for the conservation and sustainable management of soils in Guatemala.