The Guatemalan Climate Change Science System (SGCCC) was created in 2014 by the main universities of the country, the National Institute of Seismology, Volcanology, Meteorology and Hydrology of Guatemala (INSIVUMEH), the Ministry of Environment and Natural Resources (MARN), The Association for Research and Social Studies (ASIES), the Latin American Faculty of Social Sciences (FLACSO) and the Private Institute for Climate Change Research (ICC).

The role of the SGCCC is to evaluate knowledge about climate change in Guatemala, through formal studies published in scientific journals and institutional reports as the Intergovernmental Panel on Climate Change (IPCC) does at the global level.

The SGCCC includes more than 30 institutions from different sectors, which develop various research topics and carry out activities to promote and disseminate science related to climate change topics.

On September 17th, 2019 as part of the SGCC Coordination Panel’s agenda, ICC was appointed to lead the General Secretariat for the next two years. ICC will be in charge of organizing monthly meetings and guiding the three thematic groups of the system: Climate Science, Adaptation and Green House Gases Mitigation.

Dr. Alex Guerra Noriega, Director of ICC, explained that the SGCCC is focused on research about how temperature and precipitation are changing in the country, as well as identifying other priority research topics related to ​​climate change. Therefore, the SGCCC brings together a group of Guatemalan scientists and has a General Secretariat that rotates among its founders every two years. The first institution to lead the System was Del Valle de Guatemala University (UVG) and in 2017 San Carlos de Guatemala University (USAC) was in charge of the Secretariat.

The System has been appointed as technical and scientific advisor of the National Climate Change Council, which is an entity created through Guatemalan Law on Climate Change, Decree 7-2013. One of the first tasks was to review the National Action Plan for Mitigation and Adaptation to Climate Change. 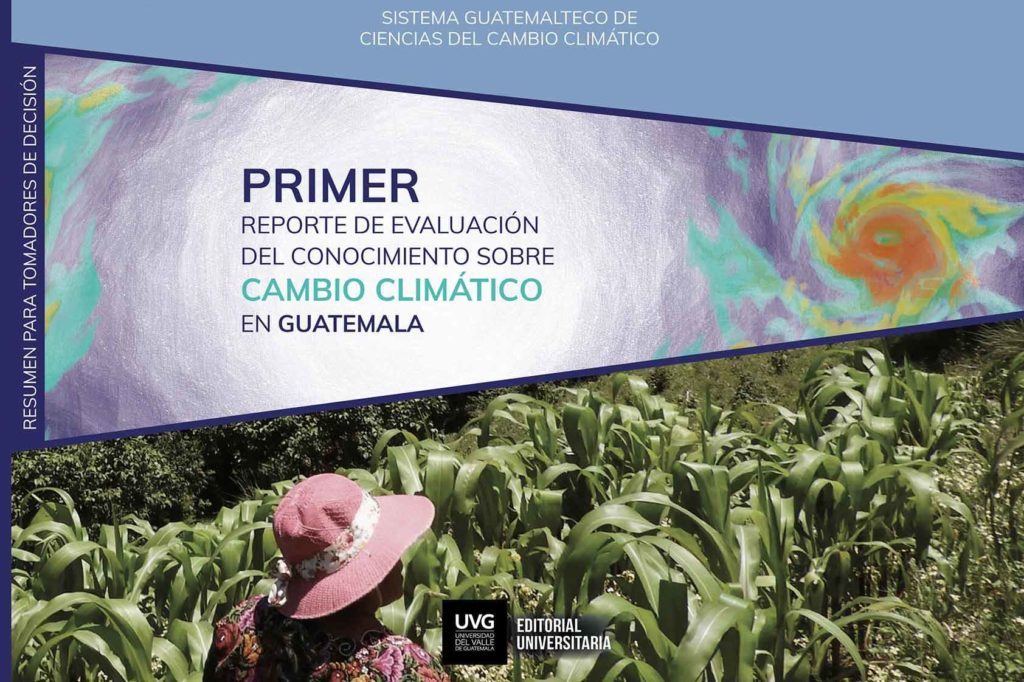 In 2019, the SGCCC published the First Assessment Report on Climate Change in Guatemala (available in our website, only in Spanish), which was prepared Ad honorem by 28 leading authors and 58 reviewers, based on more than 700 studies. With this information Guatemala will have a voice in the international reports of the scientific community.